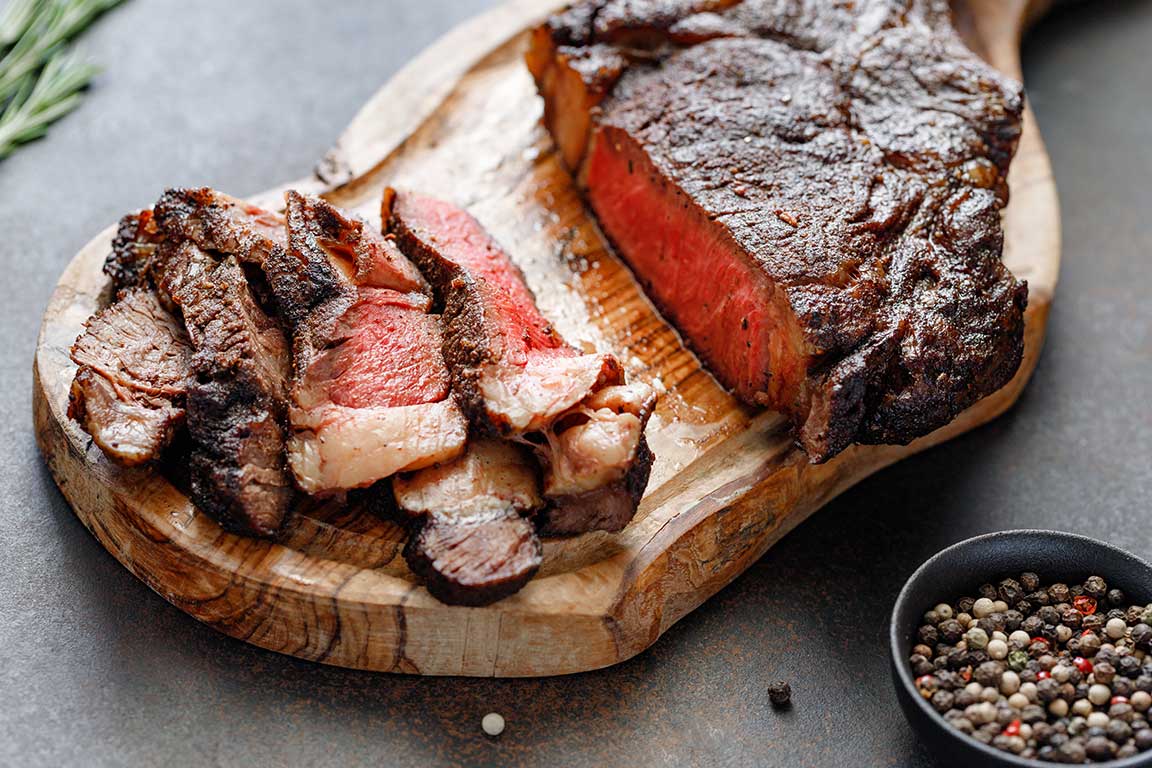 The Rare and Expensive Wagyu Beef

Have you ever heard of the term “Wagyu Beef”? If not you’re probably missing out, since according to the experts it is one of the most expensive meats in the world and probably one of the most delicious one’s too! Now we might not be able to travel, and thus taste some premium meat in Mykonos, but once life resumes its natural course, treating yourself with one of the world’s most glamorous meats, during a luxury dinner in Mykonos might really be the best gift!

Why is it so expensive? You may ask…

Well since it is produced by only a limited number of farms in Japan and is praised worldwide for its taste, which is described as rich, buttery and marbling, it’s not really surprising! In fact, high grade Wagyu can cost up to 200$ per pound to its potential buyers, while the cows that produce this premium meat can cost up to 30.000$. Wagyu, which in Japanese translates as Japanese cow, refers to only four breeds: Kuroge, Akage, Nihon Tankaku and Mukaku. These cows, other than being highly expensive, are being bred for physical endurance, which gives them more intramuscular fat cells, and so their fat distribution through their muscle is more even, and makes for better, tastier meat! To ensure the value and the quality of the meat, the Japanese government tightly regulates its production. Only A3 to A5 grade Wagyu is certified for sale in Japan and that grade is determined by two main factors: The quality of the marbled fat and the percentage of meat which can be yielded. It goes without saying that the higher the grade, the higher the price!

The Wagyu beef is actually almost legendary these days! While there are many myths and stories about what goes on in the Wagyu farms, no one knows exactly what is really happening. Apparently we’re talking about some very, well-fed, spoiled and totally pampered animals, since word has it that they’re getting massages on a daily basis, or even that they drink beer… Of course the way the cows are raised depends on each region. After 10 months the cows are being moved to fattening farms, where they’re fed a mixture of fiber and high energy concentrated made of rice, wheat and hay three times a day for two years. The length of this process, along with the high cost of importing huge amounts of concentrated feed, also plays an important part in the increased cost of the beef.

There may be more than 300 varieties of Wagyu available, but the most expensive cuts come from only 10 regions! The Matsusaka, from Mie Prefecture that’s made exclusively from female, virgin (?!) cows is in fact so expensive, that in 2002 a Matsusaka cow was sold for 50 million yen, which would be 400.000$! Talk about an expensive cow! The best known of them all though remains the Kobe beef, which originates from a city of Kobe on Hyogo Prefecture and is made exclusively from steers and castrated bulls. Don’t get too excited though if you come across a Kobe burger, because it’s probably a copycat, as authentic Kobe beef is believed to be too tender to be able to become a patty! Apparently your designer bag is not the only thing you have to worry about being faux! Finding authentic Wagyu beef is quite difficult even in the US, since importing live cattle is actually prohibited.

Olive Wagyu is deemed to be the rarest steak in the world! It comes from cattle raised on pressed, dried olive peels that are being mixed into their feed and was first developed in 2006, by a Japanese cattle farmer named Masaki Ishii. Only about 2.200 of these cows were slaughtered in 2018 and they all live in the island of Shodoshima, home to Japan’s olive oil plantation. This special Wagyu is extra tender and can cost anywhere from 120$ to over 300$ per steak!

With Wagyu’s popularity increasing worldwide though, Japan may have some competition when it comes to producing high quality Wagyu. Several countries are working on breeding their own Wagyu, which in other words means that soon, authentic Wagyu production could be increased significantly, while the cost could decrease! Would you try this premium meat? Could you imagine having a luxury dinner in Mykonos and tasting it?