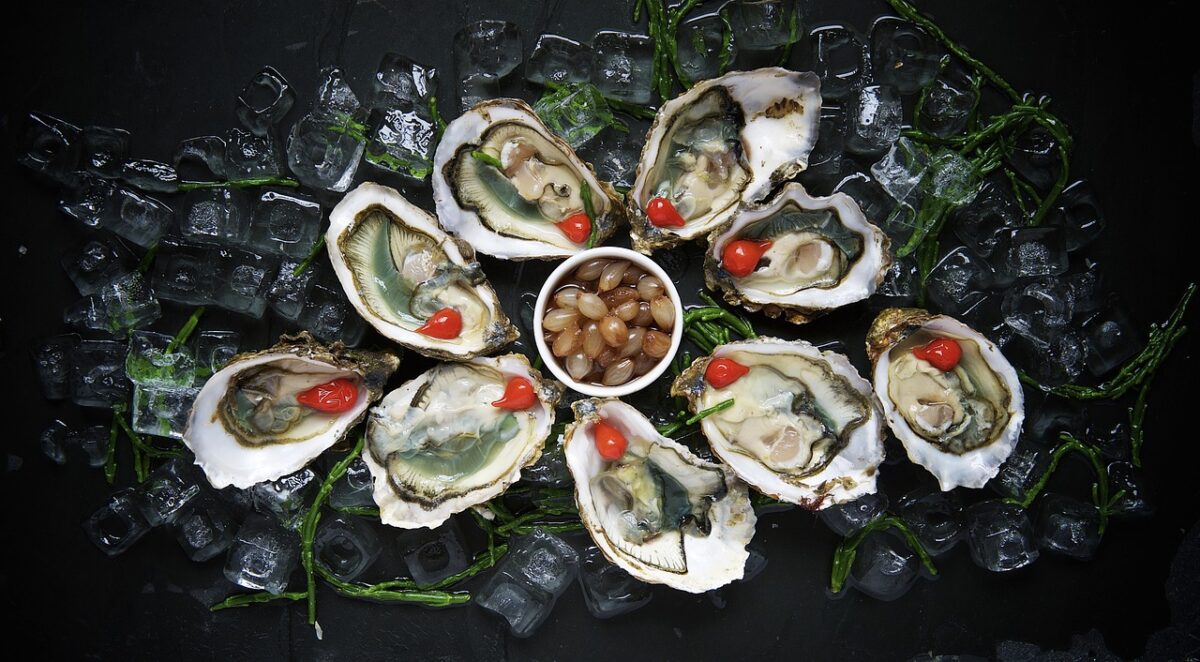 The health benefits of eating seafood are very well-known worldwide… So the fact that tons of people are longing for a great meal that includes them, while vacationing on the Greek islands, is not surprising at all. Fresh fish and live seafoodin Mykonos especially, are staples for their great taste, as well as for their highly, beneficial properties! After all, you can’t have a luxury dinner in Mykonos, without some amazing champagne, breathtaking views and, of course, the best sea food. Oysters are the favorites of many and the most luxurious to say the least… Whether you prefer them fried or raw on the half-shell, these little diamonds of the sea will never disappoint. Have you ever thought about the great benefits of oyster consuming? If not, continue reading for 4 reasons that will undoubtedly make you adore them!

Oysters are filled with zinc, iron, copper and many more beneficial vitamins, as well as the most important one, which is none other than Vitamin B12. Vitamin B12 plays a crucial part in the central nervous system’s maintenance, as well as in the formation of red cells, while it also helps in maintaining a good metabolism. In addition to all the other healthy minerals they provide, oysters are definitely a force to be reckoned with, when it comes to great health… and taste! It is said that, especially for women over 40, minerals such as zinc and copper can provide an amazing health boost.

Low in Calories and Fat

Did someone say low calories? Yes please! Other than being so very rich in important minerals and vitamins while also being super tasty, if you’re opting to maintain your figure oysters are the best choice! They’re very low in calories, so if you’re watching your diet, but still want to go ahead on a luxury dinner in Mykonos, they can be of great help. Furthermore, they’re also quite low in saturated fat and cholesterol, thus they can also be a great choice for those who have been advised by their doctors to cut back on those. Of course, it all comes down to how the oysters have been prepped… Fried oysters or with various kinds of sauces could potentially up the calorie count!

If you’re conscious about what you eat and what potential harm it could be causing to the environment, fear not! Oysters are actually one of the most ethical choices you could make. In contrast to other fresh fish and live seafood farming operations, oyster farms are deemed very sustainable and really beneficial for the environment. You see oysters, even farmed ones, are very good water purifiers. The matters and nutrients consumed by oysters could otherwise be quite harmful for the oceans. So you can be at ease, knowing that the more you eat oysters, the more you’re helping in minimizing water pollution, which is known to be extremely harmful for humans and animals alike. As surprising as it may sound, an oyster alone has the ability to purify 50 gallons of water every single day. Wow! That’s the definition of small, but mighty!

Even though the aphrodisiac properties of oysters have not been scientifically proven in any way, we can’t deny that the stories of them go way back to age of the Roman Empire… The infamous heartthrob, Casanova, is said to have consumed several oysters, in between his –literally – hundreds of love affairs. The reason behind those aphrodisiac claims could be the zinc we mentioned earlier. Zinc is apparently vital to testosterone production. The male hormone that plays a great part in a healthy, sexual activity! And it couldn’t hurt to just try, right? Just imagine a candlelit, luxury dinner in Mykonos, close to the seashore, with some oysters and bubbly. This romantic setting alone, could serve as an amazing, erotic booster!

Now that you know the benefits of oysters, while visiting the wonderful Island of the Winds, don’t forget to try some, even if it’s your first time! Since fresh fish and seafood in Mykonos are the best, your experience with oysters is bound to be excellent… And if you’re staying home, why not try a new oyster filled recipe? The world is your oyster!